Your normal neutrophil count is between 2,000 and 7,500 per cubic millimetre of blood. When you don't have enough neutrophils you are said to be neutropaenic.

Chapter 9b - the medicine cupboard is not big enough
In the first few days of chemotherapy, we designated a bedside cupboard for the nasty medicines, and fitted a padlock to it. Eriska is fascinated and loves to rattle and pull the lock.
As my side-effects multiply, the proliferation of prescribed medicines is remarkable.
During cycle two (of which I have reached day 19 of 21) I had a perpetual runny nose, and I felt washed out more of the time. As in cycle 1, I was prescribed antibiotics for a week. At about 7 days, I developed a couple of sore patches on and inside my lip. One of them was simply caused by my accidentally biting myself while enjoying a delicious meal provided by a kind neighbour. They were the sort of sore patches that I'd normally expect to heal up and go away, but they stayed and grew and became steadily more painful. So, last week, I went to my GP, who prescribed mouthwash 2 and goop 1, and who encouraged me to phone the hospital; the hospital said "come on in", so, after a lovely bike ride, I spent most of the next day waiting to be seen, and then was given mouthwash number 3 and a new antiviral medicine and was advised to use goop number 2. The antiviral thing is five tablets per day, on top of the 8 tablets per day of capecitabine (cytotoxin), 4 tablets per day of omeprazole (to reduce stomach acidity), and 2 iron pills per day (to reverse my anaemia).
The viral infections have been making me feel quite glum - aching teeth, sore ulcers both keeping me awake at night; ulcers sometimes very painful while eating; general grottiness.
Today I went in to the hospital for my end-of-cycle check-up and told them how I was feeling. The doctor prescribed mouthwash number 4 (to replace mouthwash 3) and mouth-spray number 1, and put me on a new course of antibiotics (2 pills per day). He also recommended using over-the-counter goop number 3. And told me to stop taking the chemotherapy pills for a few days, to give me a chance to recover.  (Hurray!)
It turns out my neutrophil count has dropped in the last 12 days to 0.48 billion per litre. (Normal range is 2-7.5 billion per litre.) So I'm especially vulnerable to infection, and my next chemo cycle is being postponed a week, because of both the neutropenia and the slow-to-heal mouth ulcers.  I've been told if I have any signs of having a temperature, I should not even wait to phone the emergency number, I should just go straight to the hospital as quick as possible.

To cheer myself up, I aim to read a Lord Peter Wimsey novel. 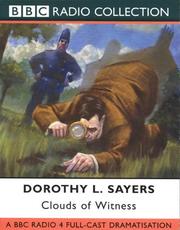 What do you tell the children?

This is my second post about life with stomach cancer and palliative chemotherapy. I wrote my first post on day 15 of the first 21-day cycle of chemotherapy, and now here we are on day 11 of the second cycle.


Chapter 8 - What do we tell the children?

What do we tell the children?  Eriska's only 1, so the main things we say to her, the human vacuum cleaner, are along the lines of "please spit that out". "Daddy's prognosis" is not yet in her vocabulary. Torrin, however, is 4, and understands "ill"; and just a few days ago, indeed, he was talking about how when an insect "got killed", he and his friend might bury it in the ground and write on a sign above the insect an explanation of "how the insect got killed". (It wasn't clear what cause of death was in Torrin's mind, but I think it's not out of the question that human agency might have played a part.)
I'm always keen on openness and honesty, and I am hoping that normalising what is going on will help make it less painful and difficult. But I don't think that our 4-year-old really understands time, weeks, months, years, or the future. Going to the new school on "Monday" is a difficult concept, unless Monday is tomorrow (which it now is), in which case I think we can just about communicate it. Anything that is not today or tomorrow is, I think, incomprehensible. So we don't think it would be wise to say "the doctors say Daddy's likely to die in a year or two". We also felt worried about mentioning the notion that what's wrong is "in Daddy's tummy" lest other people's tummy-aches become a source of anxiety. (Nevertheless, we told Torrin where the doctors were looking with their camera when I had the laparoscopy, and showed him the three scars after the operation.)
Some lovely friends gave us some straightforward advice about what to say, and we have taken it: we simply say "Daddy is ill, and the doctors are giving him medicine to try to make him feel better."
We've also told Torrin that the medicine makes me feel tired. And he's met some extremely kind staff at the hospital who told him that the medicine will probably make my hair fall out, and who let him play with the electric up-and-down buttons on the bed in an examination room.
And I decided to try to make the "illness" and "medicine" a bit less nebulous by telling Torrin that there is a lump on the side of my tummy, and that the medicine is trying to make the lump smaller.
At some point I'd really like to normalise the whole situation, talk about returning to the earth, and take Torrin to the woodland burial park (on a non-burial day) to play there and make it a familiar place where we have been together.
And then keep on living.    But I think it will be a while before that's possible.
Meanwhile, here is what Torrin said to me yesterday morning: he burst into my bedroom and said "Daddy, it's wakey-up time, and today we are going to have a party to celebrate your illness!"
That's the spirit!

For my second cycle of chemotherapy, I have switched from "EOX" to "ECX", which means that my "day one" infusion involves a longer infusion of "C" (cisplatin) in place of "O" (oxaliplatin).
The good news is that this switch has eliminated, as hoped, most of the pain and grisliness of the first few days of the cycle.
The bad news about cycle two is that I've felt washed out for the whole of the first ten days of the cycle. Today, day eleven, is the first day that I have felt at all perky. I've had a runny nose for most of the ten days, and I've been feeling as exhausted as I felt when I had anaemia, a couple of months ago; but now I'm not anaemic.
During cycle one, I had a lot of days when I had fun, made plans, and did good work.
For the first ten days of cycle two, I'm disappointed to have done far less. I've achieved a few tasks: I've bought dozens of favourite books via amazon, to turn into presents for Torrin and Eriska. [The website oldchildrensbooks was very helpful in tracking down books for which I had no memory of author nor title.] I've fixed stabilisers on one of Torrin's bicycles, at his request. I met Conrad Wolfram - lovely chap - and Simon Peyton-Jones - lovely chap too - and discussed an ambitious software project that I'm working on with two colleagues from DECC.
If the future cycles wash me out as much as cycle two, I'm going to be sad.  Anyway, hopefully today is the beginning of a fresh spell of perkiness.
Posted by David MacKay FRS at 7:24 AM 11 comments: 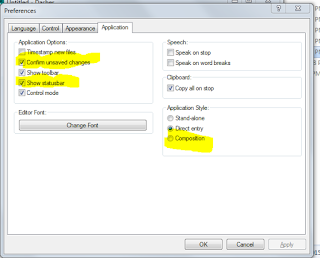 How to take apart and fix a Brio electric locomotive

Favourite electric engine number 7 started working only intermittently. Electrical fault? Carpet fluff in the gears? This photo blog details how I fixed it. 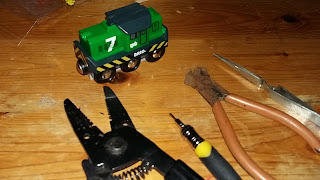